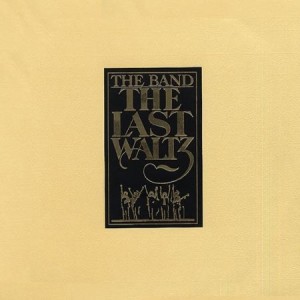 Though sometimes deemed a “great album,” The Band’s Last Waltz is a humdrum affair that all too often relies on the mere presence of guest artists as a substitute for working toward interesting musical statements.  There are still a few choice performances.  “Helpless” with Neil Young, “Caravan” with Van Morrison, and “Life Is a Carnival” with just The Band are all quite good.  Bob Dylan‘s appearance is rather poor, on the other hand.  This would have been better as a single album than a triple one, and the movie made about the concert special seems crassly self-important.  It is worth mentioning that some songs from the concert film are not on the album, and vice-versa.  Some of the album tracks were also later overdubbed.  In 1976, when this concert was recorded, The Band’s style of “roots rock” no longer seemed to hold much relevance as the punks were well on their way and reveling in feel-good nostalgia seemed like a pretty tepid attitude in turbulent times.