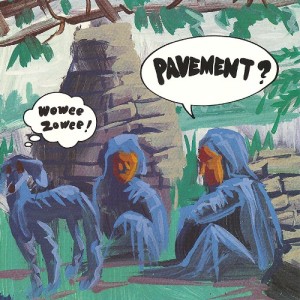 I have mixed feelings about Wowee Zowee.  It has never had the same impact on me as other Pavement albums.  The band always seemed to be at their best when they took an assortment of intriguing influences and put their own indelible stamp of personality on the results.   But this album…just doesn’t seem to come together as much as the best ones (Slanted & Enchanted, Brighten the Corners).  Scott Kannberg has suggested this album was a little rushed, and might have been different if the band had more time to work on it.  That seems like a compelling description.  Regardless, this one comes across as one of those mid-career rock albums from a band that has had some success but maybe isn’t ready to just settle on an established formula.  So the result is an eclectic bricolage, with various styles and influences on display (comparisons being The Mothers of Invention‘s Freak Out!, The Beatles‘ White Album, Stevie Wonder‘s Songs in the Key of Life, The Clash‘s London Calling, etc.).  While the raw materials are certainly here, and there is a great song (“Rattled By the Rush”) and a few more that are really good (“My Best Friend’s Arm,” “Grave Architecture”), overall the band fails to make the best of it.  If you like this, you’re probably the type to look past the faults to its assorted charms, and, if you don’t like it, you probably can’t avoid getting hung up on the album’s faults.  I fall more in the latter camp.