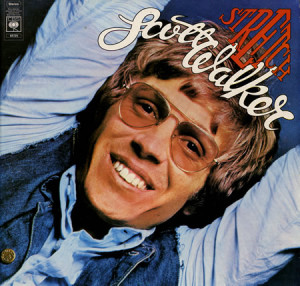 Scott Walker’s mid-1970s period was marked by a shift from adventurous re-imaginings of traditional pop to rather unchallenging exercises in country pop music (Glen Campbell is probably the closest comparison).  Stretch is an example of the latter, though the country elements are only just beginning to show.  Now, Scott’s voice was arguably in the best form it has ever been.  The problem is that stylistically he is playing by someone else’s rules, and his studio band often drifts into bland, clichéd territory.  Side two holds some particular interest, with the last clutch of songs managing to make an impression with Randy Newman‘s “Someone Who Cared” and “I’ll Be Home” and Jimmy Webb‘s “Where Does Brown Begin.”  The most effective moments come from songs a little more spare and intimate than Scott’s early solo efforts.  Not a bad album at all but still a little disappointing compared to what he has achieved elsewhere.  Yet Scott’s voice is so effective that this remains rather endearing.