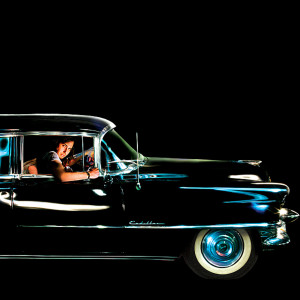 Finding precedent in John Cale‘s The Academy in Peril, Andrew W.K.’s 55 Cadillac is a (mostly) solo piano outing.  It’s anchored in pop classical, with touches of modern classical and third-stream jazz.  He’s not a pianist with the powers of Cecil Taylor, by any stretch.  He does use some of the same devices Cale used decades ago, inserting sound effects and brief little interludes.  This is a lot better than it deserves to be, and it’s actually about time that somebody took experimental 20th century music and tried to pull it together and make it more accessible.  This isn’t a complete success, at least it’s not something to rush out and find, but after my wife listened to I Get Wet multiple times in a row and at first wanted to turn this off, she could tolerate it after it got going, which never happens with Cecil Taylor or anything of that sort.