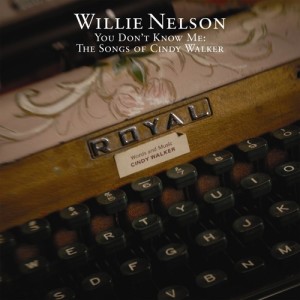 A nice tribute to the songs of Texan Cindy Walker, who passed away just over a week after this album was released.  Willie plays this material with a sophisticated air, with a lively fiddle laced throughout that nods to the leading figure of western swing Bob Wills (who co-wrote a number of these songs with Walker).  In his autumn years Willie has so often seemed to be locked into a daze, churning out recordings with regularity but rarely straying from a kind of detached and — let’s face it — formulaic delivery.  But You Don’t Know Me ups the ante a bit.  Nelson seems to connect with these tunes and his whole band brings more energy to them than usual, even though this has a light, easy listening touch.  Count this among Nelson’s more successful late-career outings.