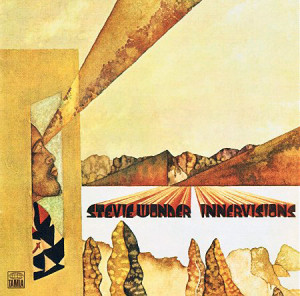 Stevie’s best album?  Probably.  What Stevie Wonder brought to music in the early-to-mid-Seventies was pretty amazing.  He carried forward the sweet vocals of Motown, or course, but he also added in the rough edges of Detroit rock with just a hint of psychedelia.  This was after all the city of Funkadelic, MC5, Alice Cooper.  He also could make the beats heavier and funkier, thanks to his innovative programmed Moog bass.  But he did all that while also managing to pass for a “singer-songwriter”, as was still a popular movement at the time.  To that end he could put forth brilliantly astute and biting social commentary like “Living for the City” and have it be totally convincing.  Yes, he could do that and still drop in a few ballads.  Bringing it all together, it didn’t quite sound like the sum of its parts.  It was something a little different and better than that.