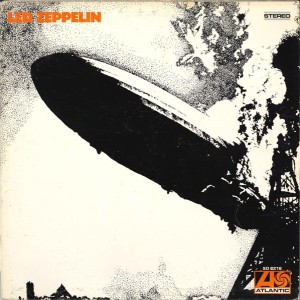 Gotta agree with finulanu: “‘Good Times Bad Times’ should have been the blueprint for everything this band went on to do.”  From that nice opening blast that follows on the legacy of The Yardbirds, things devolve pretty quickly into varying degrees of lameness.  Well, allow me to step back for a moment.  This might not seem lame at’all if you’ve never been exposed to decent blues before.  Maybe you’ve never heard Otis Rush rip through “I Can’t Quit You Baby.”  So, to be fair, these are merely wrote transpositions of awesome roots music into faddish pap to assuage the libidos of young boys/men.  And damn, the next time I hear that John Bonham is a great drummer — fuck, even a decent drummer — somebody’s gonna get punched in the face, many times, in rhythm.