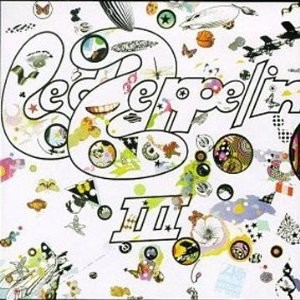 “Hammer of the go-ods!”  With lyrics like that, you know that Zeppelin had reached the peak of silliness.  As usual, they have a few good and heavy riffs, but this seems so much like self-parody that it’s hard to take seriously.  Then again, it’s hard to believe this was meant to be taken seriously.