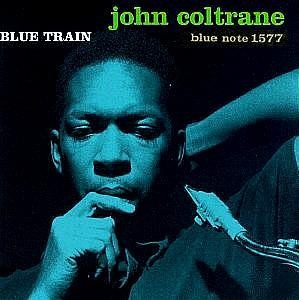 Well, I’m willing to argue that Blue Train is not really that special.  Maybe I might reconsider someday (it has been some time since I have listened to it), but for now, it strikes me as kind of boilerplate hard bop overall.  Maybe it’s that boilerplate aspect that draws so many people who wish to dabble in jazz to this album, because it is relatively uncomplicated, it adheres to most expected formulas, it is widely available, and it is a pretty even album.  But as a reviewer on RateYourMusic put it, lots of other tenor players could have made this album.

One argument I recall having about this album started when I commented that it wasn’t really offering anything new when it was released.  In response, what I heard was something like, “But in like 1957-58, this was cutting edge for the day!”  Well, I’m afraid not.  In the same time frame, Sun Ra was years ahead of this, even if a lot of Ra’s contemporaneous recordings wouldn’t be released until a few years later.  Let us not forget that Coltrane was to be heavily influenced by Ra’s tenor John Gilmore in the years to come.  But aside from Ra, there also was Cecil Taylor with albums like Jazz Advance, or Ornette Coleman with albums like Something Else!!!! or even Lennie Tristano with precious few recordings but outsized influence.  The cutting edge stuff might not have been that well documented, and may have continued to evolve, but it was out there being played around the time Blue Train was recorded and released.  Just because the late fifties were a relatively slow time for innovation in jazz recordings doesn’t mean I need to handicap this disc.

Now, I don’t mean to rag on Trane that much.  My point is merely that he hadn’t achieved greatness yet.