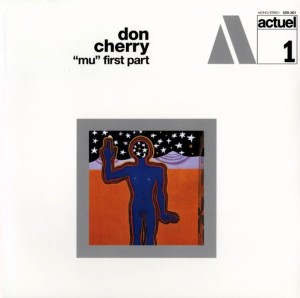 For me, this is Cherry’s single best album.  It finds him and Ed Blackwell doing something with cultural musics from around the globe that no one else had ever really attempted before, and the results are astonishing.  If it had to describe it, I would say it’s about stitching together common threads in seemingly diverse musical traditions from around the world in an earnest attempt to express something through Cherry and Blackwell’s personal connections to those musics.  And what separates this from lesser visions that might fall under the category of cultural piracy is that this album reflects a legitimately deep understanding of and appreciation for the different musical traditions brought together, and a genuine sense of connection to what those traditions express.  Importantly, these guys are NOT appropriating “world” music just to sound “exotic”.  For those unfamiliar with Cherry’s late 1960s/early 1970s work in that vein, you might try Eternal Rhythm first, which is slightly more conventional and easier to absorb.