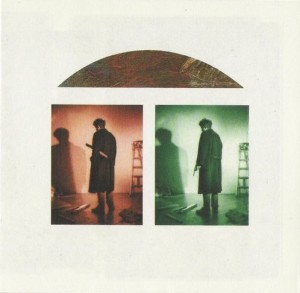 Those listeners well acquainted with the late 1970s New York loft jazz scene (of the kind documented on the Wildflowers series) and other efforts from that era might say Tim Berne’s Bloodcount is mining familiar territory on Lowlife: The Paris Concert I.  But the performances here are superb, and the band members do manage to leave their own personal stamp on the music even if they don’t quite (or even try to) reinvent musical forms completely.  They borrow freely from the past; yet their focus is on musical effect in the present.  All the playing is confident and bold.  Berne himself is playing as well as ever.  He doesn’t overplay his hand, and his long, sinuous lines build tension with impressive dexterity.  On the Julius Hemphill compositions “Reflections/Lyric/Skin 1” Marc Ducret locks in to his inner Sonny Sharrock, though elsewhere he is more plaintive.  He deserves a reputation as a top-flight guitarist.  Jim Black is a powerfully steady force throughout, as is the rest of the band.  On the remastered version at least, the sound is pristine, and if not for the album title one would probably never guess this was recorded live (the plastic-free packaging of a Winter & Winter reissue is also pretty neat).  The intriguing originals “Bloodcount” (not the Billy Strayhorn tune) and “Prelude/The Brown Dog Meets the Spaceman” are perfectly placed to build up to and then ease off the intensity of “Reflections/Lyric/Skin 1”.  This one is too good to turn off midway through.