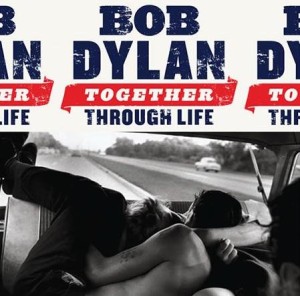 Here’s the first real break in continuity Dylan has offered in his recordings since Time Out of Mind more than a decade earlier.  There are similarities, of course.  This still works with simple blues forms, but Dylan is also leaning on the melodramatic airs of Tin Pan Alley.  The songwriting is perhaps less compelling than on his last few albums.  Lots of the material was co-written with Robert Hunter, the frequent lyricist for The Grateful Dead.  But, surprisingly, the production values of the album are quite nice.  It sounds crisp and woody, rather than warm and fuzzy like the last few recordings.  It seems almost like the musicians are performing live right in front of you.  An accordion is featured prominently (you may remember this only as “the accordion album”, like jazz musician Henry Threadgill‘s Where’s Your Cup?).  This one may seem like a throwaway, but it does have an easygoing charm even if that very quality simultaneously threatens to prevent it from reaching escape velocity to leave the orbit of easy listening/adult contemporary schmaltz.  Although it’s rather listenable it isn’t always memorable.  If people often say that any effort you put into listening to Dylan’s music is repaid many times over, then this album turns that around because it makes for probably the easiest listening in his whole catalog but intense scrutiny probably won’t pay off as much.