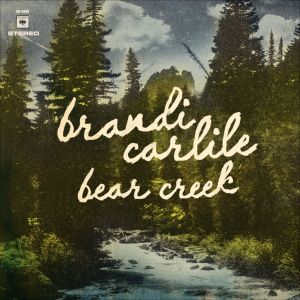 This album is all over the place.  At least she got through the checklist of styles drawn up before recording this…  A good part of it resides in the same indie/alt-country territory as the likes of Neko Case and Jenny Lewis with the Watson Twins. But it also swings over to the realm of synthetic indie pop a bit like Metric.  Oh, and more than that.  Her vocals have the same white girl singing like a black gospel/soul singer vibe that Amy Winehouse, Adele (whatever her last name is), Elton John and others have used.  “That Wasn’t Me” is the minor hit, and it’s good.  “Save Part of Yourself” works well too.  But much of this seems unable to offer anything on its own, instead burdened with having to cover as much territory as possible.  The biggest liability is how this was recorded, in a way that takes the edges out and remains non-committal.  Carlile might have some potential if a great producer took her in and guided her to stronger material and a sound of her own.