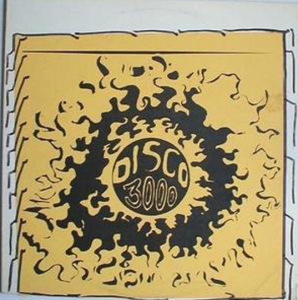 Sun Ra’s catalog is filled with surprises, and Disco 3000 is yet another.  It is a live quartet recording from an Italian tour, with Sun Ra featured heavily on a “Crumar Mainman” (probably Ra’s own name for a Cruman Multiman or Multiman-S analog synthesizer with a built-in rhythm box made in Italy around 1975-77).  This album sounds as otherworldly as ever, but with driving grooves and intimate passages that set it apart from other Arkestra recordings.  Newcomer Michael Ray establishes himself as an asset on trumpet, with Luqman Ali providing varied percussive grounding throughout and John Gilmore playing marvelously as always.  The lengthy title track ranges all over the place.  While ostensibly a single suite-like song, the quartet touches on an amazing number of different themes and styles.  About three minutes in Sun Ra is using the same drum machine beat that Sly Stone used on “In Time” from Fresh (there are echoes of Sly’s “Cat Woman” throughout too).  Later the song turns into a rendition of “Space Is the Place” at one point.  It sounds loose but never messy.  On the title track and “Dance of the Cosmo-Aliens” Ra pushes his synthesizer to the limits while keeping the sonic textures unusually smooth.  “Third Planet” mellows things a bit.  Gilmore and Ali get the spotlight on “Friendly Galaxy” for some fiery solos.  This album is a real treat, and it’s proof that even well into his sixties Sun Ra hadn’t slowed down yet.  Media Dreams, side two of The Sound Mirror, Other Voices, Other Blues, and New Steps were all recorded the same month with the same quartet (the first two live and the latter two in the studio).