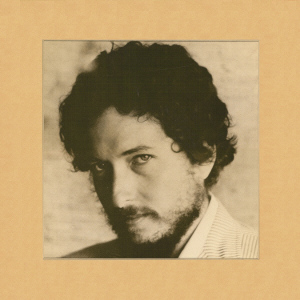 Some claim New Morning was relevant at the time.  And I suppose it does show an interest in the West-Coast singer-songwriter movement.  “Day of the Locusts,” with its grand, booming piano parts, is probably the best example of how this album sets aim for a more lush, orchestrated and dramatic sound than almost anything else Dylan had done before.  But what I hear as well are too many songs comparable to second-rate Grateful Dead material from that band’s country-rock phase (“Went to See the Gypsy,” “New Morning”), half-baked novelty concepts (“Winterlude,” “If Dogs Run Free” [the birth of Tom Waits‘ career?]) and lots of songs with very poor vocals — even by Dylan’s typically low standards in that department.  This does, however, mark a turning point where Dylan’s lyrics became more personal, and for a change he is more focused on his own life in what seems like a fairly direct manner — he’s not just singing impersonal or abstract material in the first person.  He’s also willing to show more vulnerability here than he would for decades, if ever.  Purely in hindsight, though, this album is just too inconsistent to impress, even if there are a few good tunes here and there (“If Not for You,” “The Man in Me”).  But, I still feel like rooting for Bob on this one, even when things go wrong, which they do more often than not, because he’s stepping out of his comfort zone and trying something different.