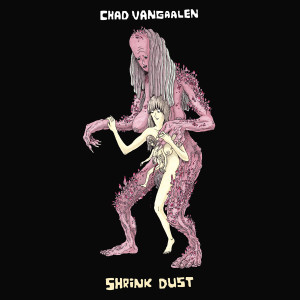 Here’s a guy that seems to have a lot of potential.  Shrink Dust has a lot of great songs that employ a lot of different textures to great effect — folk, psychedelic garage rock, alt country.  However, VanGaalen usually sings in a highly affected, “twee” warble that detracts from many of the performances.  It is really an egotistical thing.  The lyrics also come up a bit short much of the time.  Anyway, in spite of the flaws, the album is enjoyable.  From what I read elsewhere people have been saying this guy is “promising” for many years, and it may be that he’s just not ready to step outside himself, ditch the stupid style of singing or bring in a different one and start a band, and maybe work with a lyricist, and move on to the next level.  He seems to hoard the spotlight too much for that, like so many outsider type artists.  Still, there are some nice things here, and he remains a promising talent.