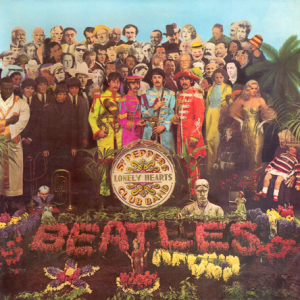 A good album, no more.  Who cares about this stuff when The Beach Boys outdid it a million times over with…Smiley Smile.  Yeah, I did just say that. William S. Burroughs once wrote that the function of art is to remind us of what we know and what we don’t know that we know.  Well, an album like Sgt. Pepper’s, about the mid-20th century white middle class experience, is a bit unnecessary, at least for me, because it’s aimed at perhaps the most (over-)documented cultural demographic that has ever existed on the face of the earth.