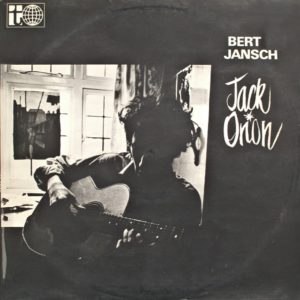 “The Waggoner’s Lad,” with overlaid banjo and guitar starts Jack Orion on a high note, and the album pretty much never lets up.  The album as a whole returns to the emphasis on displays of instrumental virtuosity of Bert Jansch.  There was scarcely a better European guitarist in the 1960s than Jansch.  He and Davy Graham were, in many ways, the European counterparts to American Primitive guitarists like John Fahey, just a wee bit more extroverted.  Probably my favorite Jansch album.