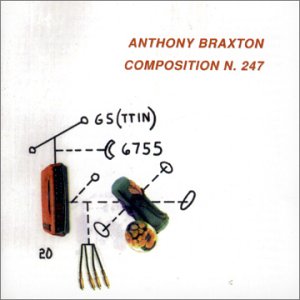 A pretty challenging extended piece from Braxton and co.  I like it, though it’s certainly not a casual listen and I don’t listen to it that often.  It’s pretty dense, even relative to other Braxton releases, which says a lot.  This will probably turn off many listeners.  It features a lot of circular breathing and even includes bagpipes — to excellent effect. It’s yet another entry into Braxton’s “Ghost Trance Music” series.  This comes more from the realm of modern composition than jazz, although it mixes elements of both.  As composition, it intrigues me most because of what it suggests for music that extends continuously without any real fixed reference points to distinguish beginning, middle, end, or anything else.  I also like the texture of the bagpipes, which you don’t often hear in this kind of setting.