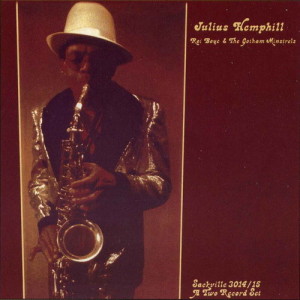 A one-of-a-kind sound.  Supposedly Hemphill’s own Blue Boyé is similar, but I haven’t heard that to compare.  The closest music to this I can think of is that of Anthony Braxton, but this is less cerebral and more down-to-Earth.  Roi Boyé & the Gotham Minstrels is billed as an “audiodrama”.  That’s a good term for it.  The music melds a flamboyant dramatic sense from musical theater and vaudeville with the techniques and improvisational choices of free jazz, tinged just slightly with blues and R&B influences.  The only performer is Julius Hemphill himself, overdubbed, on saxophone and flute, with some occasional spoken word vocals.  The theatrical aspects of this help hold it together, despite a few moments perhaps where meandering “double album syndrome” threatens.