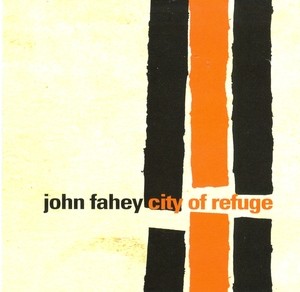 Spooky.  John Fahey mounted something of a comeback in the late 1990s.  City of Refuge was the first album of that comeback, and it was his most experimental offering in more than twenty-five years.  From this evidence there should be no doubt what the likes of Gastr del Sol saw in Fahey.  Most of this is pretty dark stuff.  “The Mill Pond” is a misfire.  Yet “Fanfare” and “City of Refuge III” are outstanding.  The former finds Fahey plugged in and playing some effective electrified guitar against industrial sounds and Stereolab samples.  The latter is an acoustic epic, but sounds more ominous than what you might expect based on his past recordings.  Not an easy listen by any means, but a welcomed return to more challenging music by a fascinating guitarist.