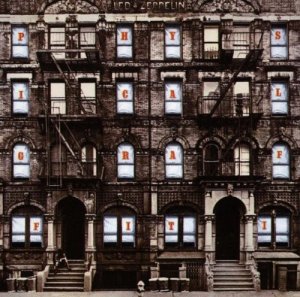 Led Zeppelin were never a band with a high degree of artistic integrity.  They were always a band designed to succeed by catering to what audiences wanted.  It should come as no surprise that they updated their approach through the 1970s, and with 1975’s Physical Graffiti they had adopted some funk and proto-disco into their sound.  It works.  Although all of the best-known hits are on the first disc, disc two cruises by without any hiccups.  This is state-of-the-art 1970s hard rock, with every imaginable form of studio effect used to its advantage.  Probably the band’s best album.