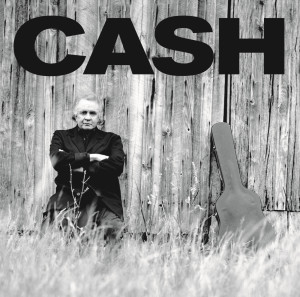 Rather than do another solo acoustic album after smashing success with that approach, Johnny Cash teams up with Tom Petty and the Heartbreakers as his backing band to deliver something a lot more energetic and loud.  Other guests include Flea, Lindsey Buckingham and Mick Fleetwood.  If American Recordings needed to strip everything away to prove that Cash’s voice was still a force to be reckoned with, then this follow-up is granted the space to demonstrate that it was Nashville keeping Cash down and out for so many years.  It’s like this:  Cash was always an outsider to the country music establishment.  But along the way, he started courting it.  Those were bleak years.  When paired with a rock band, incorporating a few rock songs, and working with a rock producer, Cash can still cook.  Nashville just seems so irrelevant.  This album demonstrates versatility, and refuses to let some kind of formula settle in.  It’s probably the most energetic record he made since Carryin’ On almost thirty years earlier.  The dirty secret though is that this album is much like The Mystery of Life from five years earlier or Rockabilly Blues from more than 15 years earlier just with better production and better songs.  Another interesting comparison would be to Elvis Country (I’m 10,000 Years Old) from Elvis‘ comeback, with 25 years’ difference in perspective on what constituted a “contemporary” sound.  It was fortunate Cash made this record when he did, because health problems would not permit it just a few years later.  Key tracks:  “Spiritual,” “I’ve Been Everywhere,” “Mean-Eyed Cat,” “Memories Are Made of This,” and “Rowboat.”