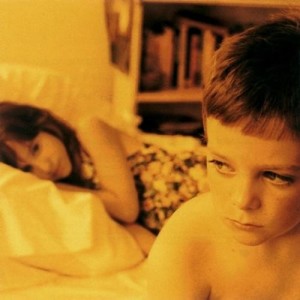 Back in the early 1990s heyday of “grunge” and “alternative rock” that cracked into mainstream airplay, The Afghan Whigs were in the cadre of the most well-known rock bands.  Gentlemen was ubiquitous.  I must admit to having known about it, but never bothering with it until a full two decades later.  Looking back at it, I can’t really say this is my thing.  The subject matter inhabits a place that seems a little too juvenile for me to relate to today, but I can still respect what the group achieves here.  Greg Dulli’s vocals achieve a kind of burning torment that encapsulates much of what they were about.  Yet the group’s real strength was how they blended together so much of what was in the air at the time.  The iconoclastic jazz musician and composer Anthony Braxton has theorized that there are three types of musicians: restructuralists (who come up with new ways of thinking), stylists (who expand upon the restructuralists’ new ways of thinking), and traditionalists (who operate within a defined space).  By that account The Afghan Whigs were stylists.  Frankly, they weren’t the most proficient musicians by this evidence.  But bits of this recall everything from alternative hard rock (Smashing Pumpkins), to Seattle grunge (Nirvana, Pearl Jam), to lo-fi rock (Pavement, Dinosaur Jr.), to funky party rock (Red Hot Chili Peppers), to britpop (Pulp, Suede, Blur).  They even occasionally adopt the kind of off-key vocals that would come to dominate “indie rock” a decade later.  The result comes across like more than the sum of its parts, just because it seems to carry on from beginning to end without ever running out of new bits and pieces to assimilate.  This may be a period piece of sorts, but it’s one that perhaps endures because of a slight sense that it’s hardly more than a garage rock experiment that worked out in spite of the odds.